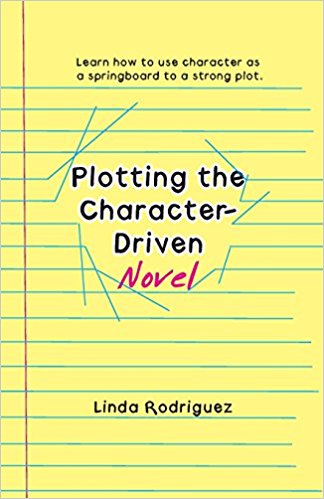 Reedy Press, which publishes books on St. Louis and regional history, lost its warehouse in a five-alarm fire that consumed 200,000 books, reports the St. Louis Post-Dispatch. It is hard to imagine a worse catastrophe for a book publisher to face. The article reports that the venerable Left Bank Books has offered to help with an event to support the publisher as it works to get back on its feet.
Posted by Scapegoat Press at 12:28 PM No comments:

The Afterlives of Discarded books

This article in The Millions ("Books Out of Place"by Rajat Singh) is a lovely meditation on discarded books. The author mentions the reverence for books in the Hindu tradition. I was reminded about how Jews perform burial rites for a Torah scroll when it wears out and can no longer be used. Here in Kansas City, BooksKC has collection boxes that accept donations of used books that go to benefit Ability KC's programs for individuals with disabilities. What to do with books one can no longer keep can be an agonizing decision, especially if they are not pristine and popular. The Friends of the Kansas City Public Library also accepts donations of used books, as do several other charitable causes. But Singh's reflections about book spirit are poignant.
Posted by Scapegoat Press at 4:55 PM No comments:

Linda Rodriguez speaks about plotting, based on her new book

This video features Linda Rodriguez speaking about plotting, in a talk based on her new book Plotting the Character-Driven Novel. Patrick Balester recorded her talk at a meeting of the Border Crimes chapter of Sisters in Crime earlier this year.
Posted by Scapegoat Press at 4:01 PM No comments:

Weekend Edition today aired an interview with Gwendolyn Zepeda, Houston's poet laureate, about her perspective on the flood and its aftermath. As a general rule, I've found that if you want to know what's going on someplace, talk to a poet there. Zepeda makes some good points.
Posted by Scapegoat Press at 7:10 PM No comments:

A great dictionary doesn't write itself--it takes a team of trained and committed researchers. The Dictionary of American Regional English is facing a possible end to its funding, and that will be a loss to an entire branch of linguistic knowledge. That will be a loss to everyone who cares about the dynamic and diverse ongoing evolution of the English language.
Posted by Scapegoat Press at 8:26 PM No comments:

This All Things Considered piece from 2006 examines Emma Lazarus' place in American letters. Stephen Miller's denial of any standing for her poem "The New Colossus" yesterday since it was added to the statue many years after the statue was built made me remember how great this poem really is, whether it has any official standing or not.
Posted by Scapegoat Press at 8:35 PM No comments:

Here is a fun and thoroughly novel approach to fitness--goat crossfit!
Posted by Scapegoat Press at 5:07 PM No comments:

Follow this link to read a review of Good Seeds: A Menominee Indian Food Memoir by Thomas Pecore Weso.
Posted by Scapegoat Press at 3:42 PM No comments:

This week, the New York Times featured reflections by Rivka Galchen and Anna Holmes considering the boundaries and challenges of cultural appropriation. One thing that both writers clearly understand and respect is that artistic creation carries responsibilities for the artist. It reminds me that there is no true freedom without responsibility--they are flip sides to each other,
Posted by Scapegoat Press at 5:23 PM No comments:

Kathleen Ossip on Why Poetry Matters

Kathleen Ossip offers a perceptive comment in Electric Literature on the importance of poetry. I love her observation that "After all, the New York Times never asks 'Does football matter?' or 'Do restaurants matter?' or 'Does television matter?'”
Posted by Scapegoat Press at 7:04 PM No comments:

Here is a link to a great NPR story about tree-climbing goats in Morocco. Their intrepid pursuit of fruit even to the edge of upper tree limbs is inspiring. And according to witnesses on the scene, they never fall. Let their nimbleness of hoof be a model for us all.
Posted by Scapegoat Press at 7:08 PM No comments:

Here is a link to an interview with Francisco Aragon (author of Glow of Our Sweat from Scapegoat Press) about his bridge-building work between Latinx artists and poets and non-Latinx students and with confronting the erasure of Latinx GLBT identity. This interview ran last month in Split This Rock's Blog This Rog and in Harriet at the Poetry Foundation.
Posted by Scapegoat Press at 1:36 PM No comments:

Cultural appropriation in the news

The issue of cultural appropriation is getting some significant press attention this week. On Canadian Broadcasting, two writers faced off concerning the editor of Write Magazine’s flippant call for a cultural appropriation prize to encourage writers to imagine subjects outside their own cultures—and how some of Canada’s most influential editors actually pledged money for this award. In the Washington Post, George F. Will dismisses what he calls “the left’s obsession with cultural appropriation” as “authoritarianism leavened with philistinism.” But I think that to countenance cultural appropriation, which almost invariably traffics in lazy stereotypes and factually baseless fantasies, is itself a form of philistinism.

Posted by Scapegoat Press at 6:21 PM No comments:

Ruben Quesada has assembled a comprehensive list of Latinx books published since 2013. I confess to a real weakness for bibliographic lists (I am one of those people who upon first picking up a nonfiction title will open it to the back and browse the bibliography and citations.) So I enjoyed reading this list and feel energized to hit the ground reading this summer!
Posted by Scapegoat Press at 4:15 PM No comments:

A Century of Hogarth Press

Hogarth Press, the publishing house founded by Leonard and Virginia Woolf, celebrated its 100th anniversary last week. The Guardian ran this fine article that takes a look at Hogarth's legacy. Although it is now part of the Penguin/Random House empire, its improbable emergence is one of the great publishing success stories of the 20th century. Virginia and Leonard printed and bound the early books themselves. They ended up bringing Sigmund Freud into print in English and other works on psychoanalysis, other works in translation, and many giants of literary modernism and the Bloomsbury group, including Katherine Mansfield, T.S. Eliot, Christopher Isherwood, and many others. J. H. Willis has written a fascinating book about the history of Hogarth's origins.
Posted by Scapegoat Press at 12:23 PM No comments: